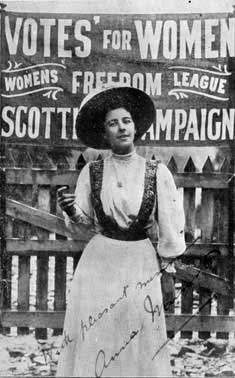 100 years ago today Westminster finally passed an Act giving  women over 30 (who owned property) the right to vote.  As an information geek, I’m celebrating the day with a (very) short list of data sources on the Women’s Suffrage Movement… 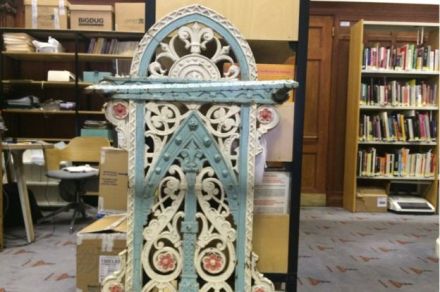 An umbrella stand painted by Suffragettes in Glasgow’s Duke Street Prison, at the Glasgow Women’s Library

In January 2017, the House of Commons Select Committee on Culture, Media and Sport launched an inquiry into fake news. As is usual with such inquiries, the Committee invited submissions from interested parties, prior to compiling a report – which we hope will be published later in the year.

The CILIP Information Literacy Group, in collaboration with InformAll, submitted a response in March. Not only is this inquiry timely, but it is directly relevant to information literacy. Indeed, one of the questions posed by the Committee in its call for submissions was ‘How can we educate people in how to assess and use different sources of news?’.

In April, the Committee published our response (the list of the nearly eighty submissions made by a range of other bodies and individuals is also available here. Amongst the other respondents are Google, Facebook, the Guardian, the BBC, Research Libraries UK and the Open University).

These are the highlights of some of the key points that we raised in our submission:

We recommend keeping an eye on the Select Committee’s webpages to monitor progress with their inquiry.

The total number of female MPs ever elected finally matches the current male number –  and it only took 97 years! (not counting all the years women couldn’t even stand!!!). Let’s hope it doesn’t take that long again before achieving full parity.

An interesting, if somewhat depressing statistic. As many women MPs (ever) as men (now) https://t.co/RVWJvQN887

From the EBLIDA Newsletter  July/August 2016 (the emphases are my own):

On 16 June, CJEU issued a Press Release of the Advocate General’s Opinion in Case C-174/15 Vereniging Openbare Bibliotheken v Stichting Leenrecht on the question about whether the lending of e-book could apply under the lending directive of 2006.   The press release highlights that “(…) Advocate General Maciej Szpunar takes the view that the making available to the public, for a limited period of time, of electronic books by public libraries may indeed come within the scope of the directive on rental and lending rights.” Read more

I’ve been reading a UKeiG white paper – ‘The Internet of Things’ by Martin De Saulles – and, in light of the privacy workshop I recently attended, the following paragraphs jumped out at me somewhat…

Google’s success is built on the aggregation of billions of data points about our search habits which it sells on to advertisers. Google’s parent company, Alphabet, on the 8 April 2016 had a stock market valuation of $522 billion. Approximately 90% of the company’s revenues are derived from advertising showing how the “data exhaust” of something as innocuous as web searching can be monetized when it is collected at scale.

The importance of scale as a value-adding factor for data sets can also be seen with another Google product, Google Maps. At a basic level, Google Maps operates like any other satellite navigation system by linking map data with the GPS coordinates of the user. However, by combining internet connectivity with the movements of the more than 1.5 billion users of its mobile operating system, Android has added a new layer of value. By tracking the movements of Android phones users, Google is able to provide real-time traffic updates to its Map’s users showing where delays are on the roads ahead and offering re-routing advice to optimize journey times

The move into building data services alongside more traditional product ranges is exemplified by the US sportswear company, Under Armour. In 2015, Under Armour bought two fitness tracking app companies, MyFitnessPal and Endomondo for more than $500 million . These acquisitions gave the company access to the health and fitness data of approximately 120 million users across Europe and the US. While the user bases of these apps provide obvious marketing opportunities for a sportswear company it is the aggregation of the data which monitors the health status of millions of amateur athletes along with their dietary habits which may offer the real value.

The full paper can be viewed here